M., the protagonist of this story, unwittingly gives the”up-yours” salute to the Great Leader (instead of the patriotic V for Victory salute) and faced with the prospect of being sentenced to the “Un-Patriotic Zoo”, pays it a visit. There he acquaints himself with different grades of un-patriots: the freshly interned “Doggies” fed on a diet of noodles; the famished “Ghosts” being trained for their “Patriotism Certificate” examination by virtuous and patriotic children; and the sacrificial “Goats”, who are soon to be fed to the lions and hence have attained the status of gods, for with their sacrifice, it is believed, they will take the sins of the devotees on their own heads..

When The Gods Leave

Set in a small residential locality in Delhi, this short story explores, through the viewpoint of a fifteen year boy, the issues of fundamentalism and cultural policing . The “L-Block” boys have for many years staged the “Ramlila”, the traditional street play that re-enacts the life of the god Rama, in their park. However, there is now a fundamentalist party in power who, with their cultural policing, manage to bring to an end this long standing tradition.

Small words of encouragement from teachers can often have dramatic effects on young minds. In Miss Peters class there was a segregation of the smart students from the slow: the smart students were to be kept away from the laggards lest they bring the smart students down. Hence the laggards had a special lane in her class called the “Donkey Lane,” of which young Sonny was the “head donkey”. When Sonny graduated to the next grade, his new class teacher was the warm and sincere Mrs. Ryan, the complete opposite of Miss Peters. A word of encouragement from Mrs. Ryan on his essay restored Sonny’s shattered confidence and makes him want to become a writer when he grew up. 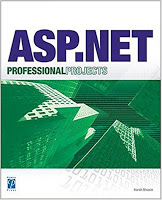 Written for intermediate to advanced ASP.NET developers,this book shows how to build applications like a Web Enabled Finance Manager Application, an Inventory Management System, and walks you through the intricacies of developing custom components by developing a custom control called GenEditAdd that can be used to perform CRUD operations on a data grid.